February 8, 2022
CoughPro is not a medical product. It is a wellness app intended only for users to obtain a better understanding of their cough. It is not intended to diagnose, monitor, or treat any illness. 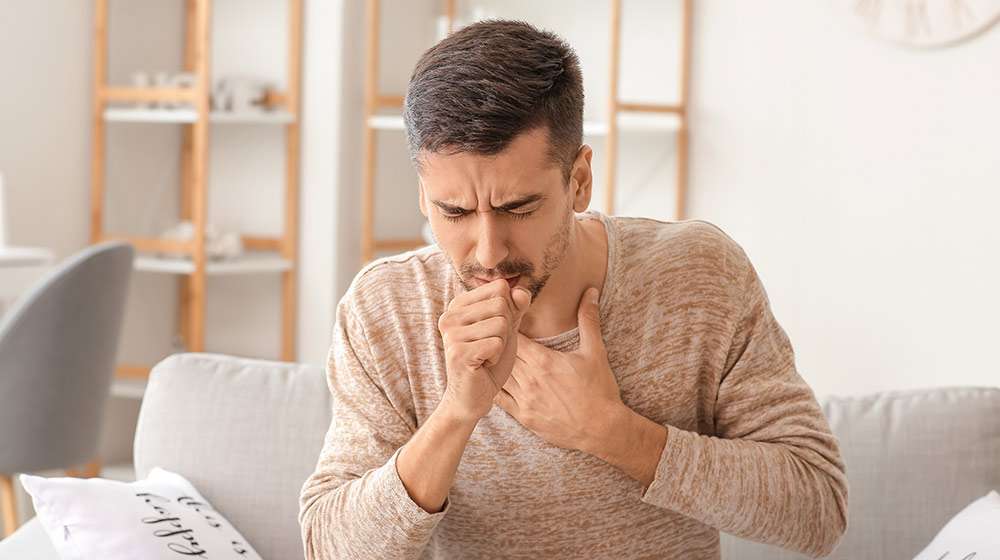 A cough, interestingly enough, is not an ailment in and of itself. It's either a symptom of a sickness or a means of removing foreign stuff from our bodies. A cough tells our consciousness that something isn't quite right in our bodies and that we should pay attention to it. Are coughing fits dangerous?

Violent coughing can harm your body in various ways, including coughing up blood and fracturing your ribs. Coughing fits can get so intense that you vomit, and your lips turn blue from a lack of oxygen in severe cases.

At night, gravity causes stomach acid to climb up your throat, making your cough worse. The accumulating stomach acid irritates nerves in the esophagus, causing you to cough reflexively. Coughing fits, watery eyes, and breathing difficulty can result from breathing in pet dander, pollen, dust mites, dust, or chemicals.

How dangerous can coughing fits be? Unfortunately, you can sustain severe injuries after violent coughing, as highlighted below.

Coughing too hard can potentially break a rib, which is more likely if you have a disease that has made your bones frail, such as cancer.

However, one study says that a severe enough cough can fracture ribs and can occur even when bone density is normal. This study also suggests that cough-induced rib fractures are most common in women who have a chronic cough. The most typically fractured ribs due to cough are the middle ribs (those in the lateral part of the rib cage).

During the exhalation stage of a coughing fit, the diaphragm contracts. Amid constrained respiratory movements, the diaphragm is pushed upward, whereas the ribs are inward and downward. In some situations, this opposing activity can result in a diaphragmatic tear.

Some of the tiny blood vessels in the eyes, nose, or anus may rupture due to the pressure from a strong cough.

A violent coughing fit means that the muscles, especially those located on the chest, are under tremendous pressure. This tension might result in considerable fatigue and pain throughout your body.

Chronic coughing can cause inflammation of the throat tissues. Coughing over an extended time can also cause throat infections, spreading to other parts of your body.

Have you ever watched a movie, and suddenly someone dives into a coughing fit and coughs out blood? Well, they are not just being dramatic.

Coughing up blood is known by health professionals as hemoptysis. Long coughing fits can cause blood to accumulate in the lungs, which the affected person can then cough out.

They may cough up small amounts of bright red blood or frothy blood-streaked sputum/saliva and phlegm (a thick mucus produced, particularly during a cold).

The hemoptysis, together with chronic coughing, could indicate a chest infection.

Abdominal wall defects caused by coughing are uncommon and necessitate surgical intervention; nonetheless, both abdominal herniations and abdominal muscle tears have been reported.

Coughs can cause various injuries. For example, a 2006 case study describes a cough-related injury to a 59-year-old man. He had a highly uncommon combination of a cough-related stress fracture of the ninth rib, a traumatic diaphragmatic rupture (injury to the main breathing muscle), and an abdominal wall herniation. Fortunately, a surgical team was able to correct the hernia.

Can I cough up a lung?- Frequently asked question

Have you once had a very severe coughing fit that you felt your lungs popping out? While coughing up a lung is physically impossible, coughing out a lung is possible.

For example, in a 2012 case study, a 40-year-old woman coughed so fiercely the force of the expulsion shoved her lung between two ribs. The woman had asthma and had been coughing profusely for the last two weeks. Doctors heard cracking, popping noises coming from her right midaxillary line, or the right side of her body, while assessing her. Further X-ray testing indicated that the woman had coughed so forcefully that she had ruptured her lung.

Other Potential complications that may arise from a coughing fit

Other issues that may emerge as a consequence of a coughing fit include;

When to seek Medical Attention

Coughs are a useful diagnostic tool, but how can you tell if you have a harmless cough, a Covid-19 cough, or something else entirely?

An occasional cough is healthy, but if a coughing fit is severe enough to cause injury, it is best to seek medical attention. It's very vital to consult your doctor if you have the following symptoms:

Although uncommon, a severe cough might be a medical emergency. Treat the cough as an emergency and seek medical attention if you or the person next to you experiences any of the following symptoms:

Read more on our blog on how to stop a coughing fit.